Former Secretary of State Hillary Clinton has been advocating to try and get the U.S.-Israel relationship “to a constructive footing,” according to numerous media reports this week.

The question is, “constructive” for whom?


Clinton spoke with Malcolm Hoenlein, executive vice chairman of the Conference of Presidents of Major American Jewish Organizations, who called her, to discuss that and other issues. In that conversation, she reportedly reiterated her support for renewed negotiations between Israel and the Palestinians to work towards a “two-state solution.”

A statement provided by Hoenlein to the San Diego Jewish World Sunday evening read as follows: “Secretary Clinton thinks we need to all work together to return the special US-Israel relationship to constructive footing, to get back to basic shared concerns and interests, including a two-state solution pursued through direct negotiations between Israelis and Palestinians. We must ensure that Israel never becomes a partisan issue.”

Hoenlein added, “Secretary Clinton’s views are of special importance and timeliness given recent issues in the US-Israel relationship. We note her call for direct negotiations between Israelis and Palestinians, which, we believe, is the only possible route to a true peace.”

Neither acknowledged similar, repeated calls for direct talks by Prime Minister Binyamin Netanyahu since he entered office in 2009.

Among American Jews, there is a growing division in opinion over the issue of the “two-state solution” as well as over who should be held responsible for “solving” it.

America’s grassroots Jewish community is beginning to become aware of the fact that it is the Palestinians – and not the Israelis – who are the reluctant wedding partners in U.S. attempts to woo partners to the table.

Some are questioning where Hillary Clinton really stands on the issue, as more and more people begin to remember her previous positions. Not many were supportive of Israel, and there’s no reason to believe she is likely to change that view once the polls close.

One calls to mind her phone call to scold Israel’s prime minister for a perceived slight to Vice President Joe Biden over a routine announcement of a step in a years-long housing process in Jerusalem that was not been cleared with Netanyahu’s office and her notable lack of response to the naming of a Palestinian Authority square for a bloodthirsty terrorist that same week.

Unfortunately, just too many generations in the Palestinian Authority have passed with deep, subliminal conditioning at the early childhood through adult levels, teaching visceral hatred and murderous, mindless rage towards Israelis and – yes! – Jews to simply wave it away.

That kind of conditioning cannot be undone in a month or even a year, nor can it be wished away at the negotiating table or at the podium. It must be reckoned with by sober planning and security checks that will take into consideration the fact that a nation of potential murderers, ticking time bombs, are located next door. To ignore that would be completely foolhardy, and Israel’s current leadership is anything but foolhardy, American pressure notwithstanding.

But then, there’s the reality of how to keep everyone safe from every one of those who dream of murdering us all — Israelis, Jews and “collaborating, traitorous” Arab brethren. Not to mention the reality of naive or biased U.S. leaders. 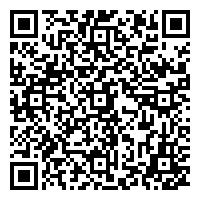