In response to the EU directive that attacked Israel’s sovereign rights and claims over the land of Israel, Israel has taken its first retaliatory step.

According to a report in Ma’ariv, Israel has threatened to pull out of the EU’s massive science and technology project, “Horizon 2020”.


Israel is the only non-European full partner in the project, and is supposed to invest 600 million Euro (785 million US dollars) in the project over 7 years.

Besides the financial hit the EU project would take as a result, the move would be a serious blow to the project’s prestige and success. Israel is a central partner in the projects that Horizon 2020 undertakes, and part of these project’s successes are dependent on Israeli human resources and research.

When announcing their anti-Israeli directive, the EU thought they had Israel over the barrel, but the EU overestimated their power, as Israel clearly has plenty of powerful ammunition it can fire back in return. 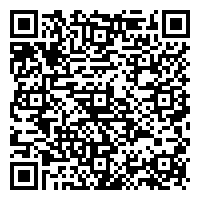