Yesterday’s announcement by the European Union, to block funding to any organization that has direct or indirect ties over the Green Line (Jerusalem, Golan, Judea and Samaria), unless they are a leftwing organization, has shocked Israel.

The overt anti-Semitism, the transparent politicization, and the blatant chutzpa took Israel by surprise. Worse, at first it felt as if Israel were trapped in a corner with no options to respond.

But reality is different.

The EU is in bad shape. It has economic problems, social problems, and credibility problems.

With its most recent action, the EU overplayed its hand, not considering the backlash the decision could cause.

Some responses Israel may choose would hurt the EU quite a bit.

In March 2012, following a UN attack on Israel that went too far, Israel announced a boycott of the UN Human Rights Council, declaring it a “superfluous and extravagant body” that Israel would have no connection to anymore.

This caused an earthquake in the UN, and it still threatens to destroy the credibility and legitimacy of the council.

Most importantly, Israel’s declaration has forced the HRC to take clear steps to correct itself.

The first action Israel must take here as well is the most obvious one: the EU craves legitimacy on the international stage. With wildcat strikes hitting Greece, Spain, and Portugal, to name but three ailing EU members, the organization must prove it is relevant and credible.

Israel should expel the EU from the Peace Process.

Israel should declare—something Prime Minister Netanyahu was hinting at in his Tuesday night statement—that the EU and all its member states will no longer be considered honest brokers, and no Israeli official will meet with them on any issue related to the Peace Process. It only takes a simple statement, and it will be enough to cause them to capitulate.

Any member state wishing to be included in the peace process must sign a statement that the territories of east Jerusalem, Judea and Samaria and the Golan Heights are in dispute and their fate will be determined through direct negotiations. It must also commit to disregarding the EU directive regarding those same territories.

Be firm and consistent – they will fold.

Israel is an important trade partner with Europe, and its third largest trade partner in the region following the UAE and Saudi Arabia. Israel buys from Europe more than it sells. A retaliatory trade war and boycott in response to their expulsion from the Peace Process would hurt the already flailing European economy, it’s the last thing they want, and not a step they would take in response.

Next Israel must immediately pass the Foreign Agents Act, with an additional stipulation.

As the EU’s declaration makes it clear that they will now only be financially supporting NGOs on the far left, Israel must make it clear that any NGOs receiving EU funding are de facto foreign agents. These NGOs fund raising will be curtailed, their access to Israeli government officials would be restricted, and their entry into the Knesset will be forbidden.

Watch the left wing NGOs quietly pressuring the EU to back off their directive.

All it takes is a firm conviction on our part.

The third step is financial.

The EU invested close to 1 billion dollars in research grants and investments, some of which could now be lost.

Israel should approach private, patriotic wealthy Jews — Sheldon Adelson, who put his money where his mouth was this past U.S. election, comes to mind — to pick up the slack. In return, those who invest in Israeli research will reap the benefits in royalties, shared patent ownership and so on. They could stand to make a lot of money. 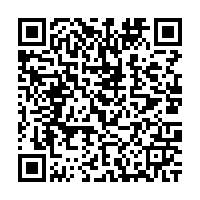