The Honenu civil rights organization reports that seven Jewish youths, including several who live in the town of Amona, were arrested early Monday evening in an area outside the community but close to the town.

The youths were detained on suspicion of disturbing IDF military operations while soldiers were clearing a pathway at the site as part of their preparations for the eventual evacuation of the town.


Honenu attorney Nati Rom is reportedly on his way to the police precinct to provide legal assistance to the youths.

The town is slated for demolition under a Supreme Court order on February 8.

Families who were to move to another section of the hilltop under a government plan that was approved last month have now been told they will not be able to because Palestinian Authority Arabs have suddenly made an appearance and claimed ownership of land there as well, as they did in the section of town that is slated for demolition as a result. 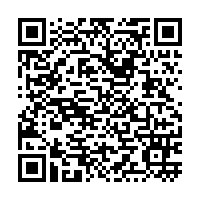