Famed Jewish pianist Michael Klein, 72, collapsed and died of heart failure on Oct. 3 while performing his own composition, a “jazz fantasy” with the Irkutsk Philharmonic Orchestra.

The concert was held in Klein’s Siberian hometown of Irkutsk, near Russia’s border with Mongolia, before hundreds who had come to hear him play.


The head of the city’s department of culture, Vitaly Baryshnikov, told RIA Novosti, “I was sitting in the front row and seeing that Mikhail Leonidovich was ill, ran to him.”

Two prominent doctors who were also in the audience that night both attempted to revive the celebrated pianist with cardiac massage, but the effort failed. “But the ambulance I called … came only after 40 minutes,” Baryshnikov said. “They just pronounced him dead.”

That is now under investigation, inasmuch as Klein was in good health, according to several Russian-language reports. A regional investigative committee has launched a preliminary probe into why “timely medical assistance” did not arrive.

Baryshnikov said in a Facebook post that he is convinced Klein would still be alive, had medical assistance arrived in time.

The Irkutsk regional Philharmonic society said in a statement on its website that Michael Klein’s entire life was fanatically devoted to art. Klein graduated from the Moscow State Conservatory, and worked as a teacher in piano at the Irkutsk School of Arts. He was a pianist in the Symphony Orchestra of the Moscow State Theater of Variety Art, and a musical accompanist at the Lecture Hall of the Irkutsk Philharmonic Society. He also represented Russian musical art in foreign travel.

“Forty-five years he worked at the Philharmonic and literally till his last breath he served the music,” the spokesperson said. 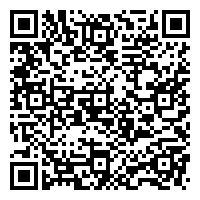