Hundreds of members of an extremist faction blocked traffic Thursday along central traffic arteries and intersections in Jerusalem, including roads adjacent to the haredi Mea Shearim and Geula neighborhoods, the city’s central bus station and the Jerusalem light rail on Jaffa Road.

Jerusalem police reported disturbances in hareidi Orthodox neighborhoods around the capital, including burning trash cans and physical clashes with officers who were called in to remove the protesters. At least 20 people were arrested by 6 pm.

The demonstrations were called by an extremist group known as The Jerusalem Faction and launched the “day of rage” by blocking traffic on Route 443, near the city of Modi’in.

The disturbances were held to protest the arrest of haredi draft dodgers earlier this week as well as police behavior at previous demonstrations. Members of the group said Wednesday that protesters would also block major intersections around the country sporadically throughout the day.

The demonstrations were sparked specifically by the arrest of two yeshiva students Tuesday who refused to appear at the IDF enlistment office in order to file their deferment papers. But they were part of a wider wave of demonstrations protesting a decision in September by the High Court of Justice that struck down a 2015 amendment to the Equality of Service Law that would have pushed off the law’s implementation until 2023.

The court gave the government one year to implement the terms of the original law requiring all Israelis to enlist in the IDF or to perform civilian national service.

The decision sparked repeated protests in extremist haredi strongholds of Jerusalem and Bnei Brak as well as furious denunciations by haredi political leaders who accused the justices of waging an “all-out war on Judaism” and of harboring an “thirst for dictatorial rule.”

“Throughout Jewish history there have been people, both inside and outside of our nation, who have tried to prevent yeshiva students from studying [Torah]. Some tried force, some tried other methods,” said MK Moshe Gafni (UTJ), who added that the justices “have no idea what the meaning of Torah study is. But they have never succeeded, and they won’t succeed today. Yeshiva students will continue to study, with or without the High Court of Justice,” Gafni added.

Gafni’s faction colleague, MK Yisrael Eichler, added that the haredim would not be defeated by the ruling, and recited a passage from the Rosh Hashanah prayer book predicting that ”the wicked government would soon disappear from the earth.”

“As soon as the Knesset reconvenes, we will join forces with other groups who have suffered under the dictatorial arm of the [court],” Eichler said. “We will fight anyone who tries to harm Torah students in the Holy Land. Yeshiva students will continue to study the holy Torah until the Messiah comes.”

Haredi exemption from military service has been a national issue since the State of Israel declared independence in 1948. During the 1990s, non-haredi groups have challenged the blanket exemption granted from the time of the rebirth of the state repeatedly, with the High Court of Justice repeatedly striking it down and ordering the state to legislate the issue formally. 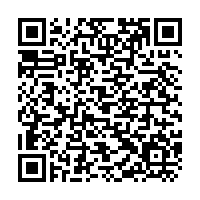