For years, Israel has been providing humanitarian assistance to victims of the Syria civil war. Through various channels, wounded Syrians, particularly women and children made their way to the border with Israel on the Golan Heights, where, if they couldn’t be treated in the field hospitals set up by Israel near the border, they were transferred to Israeli hospitals for more extensive care.

After recuperating, they were sent back home, often with clothes and toys donated to them by caring Israelis.


Three months ago, the IDF became concerned that Hezbollah and pro-Iranian Shiites might disguise themselves as wounded civilians, taking advantage of that aid, to infiltrate into Israel, according to a report in Ynet.

Among the decisions reached to prevent infiltrations and attacks was to reduce the day-to-day contact between the IDF and residents of villages where enemy forces were identified.

Simultaneously, the chief of staff ordered an increase in intelligence efforts within the Syrian villages bordering Israel, to prevent an enemy takeover similar to what Hezbollah did in southern Lebanon.

The IDF also warned the administration of the Israeli “Good Neighbors” program, which interacts and helps the Syrian population along the border, to increase their vigilance in light of the increased likelihood of an attempted infiltration.

Assad’s forces, with the support of Russia, Hezbollah and Iran, have begun their attempted takeover of the southern region of Syria, which is currently controlled by the Syrian rebels. 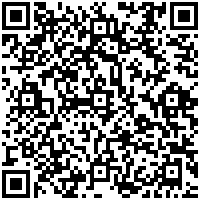