The IDF issued an official denial Thursday that “David the Nahlawi” (David  the Nachal) soldier was punished for being seen in a video cocking his gun and aiming it at Arab youths in Hevron.

According to the statement by the Israeli army, the Nahal soldier was punished for “acting in a violent manner towards his commanders.”


The Arutz Sheva website quoted Chief IDF Rabbi Avichai Ronsky, who said that David’s commander had confirmed the IDF Spokesperson’s version of the story. “He told the rabbi that David had attacked two of his commanders and had been court-martialled and punished for that offense, not for what the video showed,” Arutz Sheva reported. “The commander said that he and his fellow soldiers expressed full support for him.”

The video referenced in the army statement shows at least three Arab teens threatening the soldier, a member of the IDF Nahal Unit. He was facing the gang alone at the time of the incident, and first warned one of the teens to stop provoking him after the youth had pushed him.

However, the Arab teen continued to behave in a threatening manner – whereupon the soldier cocked his weapon and pointed at him. A second teen simultaneously leaped at him from behind, wearing on his hand what appears on the footage to be a set of brass knuckles. The soldier then kicked the first youth away from him and swung around to confront the new threat.

Not seen in the footage, labeled with a watermark “Youth Against Settlements” and posted online April 29 by the Arab provocateurs themselves, are the provocations that preceded the scene. The soldier warned the cameraman in a longer version to stop videotaping the incident, and he called for backup.

The incident has ignited the largest ever protest seen against the IDF, with thousands of soldiers from all units expressing their support for David. A Facebook page in support of the soldier had collected more than 97,000 “Likes” by midday Thursday local time. 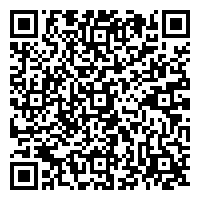