(JNi.media) The security guards of the border crossings authority, and inspectors of the IDF Civil Administration recently foiled the smuggling of hundreds of gallons of a chemical used by Hamas in manufacturing rocket fuel, the Israeli Defense Ministry tweeted Monday.

The inspectors stopped an Arab truck arriving from Hebron at the Tarqumiyah crossing, which is located 9 miles northwest of Hebron. The delivery on the truck was presented as soybean oil being shipped to the Gaza Strip. The cargo aroused the suspicion of the security personnel at the crossing, and they tested the supposed oil, discovering instead an unidentified substance.


Shin Bet and the David unit of the Civil Administration conducted a preliminary investigation at the crossing, following which the shipment was seized and the substance was sent to a lab, where it turned out to be a dual-purpose substance known as TDI, used as a key component in the rocket fuel compound used by the Hamas and Islamic Jihad in the Gaza Strip in manufacturing rockets.

Altogether, six platforms with about 450 liters of the substance were seized. The findings were turned over to security forces, which opened an investigation. 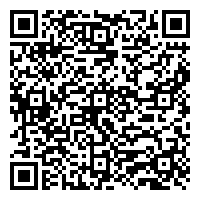