The judge ruled they can be arrested for supposed war crimes in the IDF’s raid of the Mavi Mamara ship, one of six boats led by IHH terrorists trying to break the maritime embargo on the Hamas terrorist party in Gaza. Judge Jose de la Mata ordered police to keep track of the Israeli officials, who were sued by three Spaniards who were on the Mavi Mamara during the brutal attacks on Navy commandos who boarded the ship virtually unarmed. The Navy team eventually overpowered the attackers, 10 of whom were killed.


Judge de la Mata’s decision changed a former Spanish court ruling that complaints against Israel should be filed with the International Court of Justice (ICC) in Hague, which has taken no action. A United Nations committee ruled that the maritime embargo is legal but that Israel used “excessive force.”

The ruling is more of a psychological victory for the anti-Israel movement. A similar threat by Turkey last year to arrest him was dropped when the Prime Minister apologized to Turkey.

The Israeli Foreign Ministry said that the government is talking with Spain and that the judge’s decision probably will be shelved. 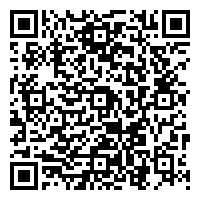