While the IDF prides itself on its equal treatment of men and women and publicized images of female graduates of combat infantry courses for NCOs and officers, Col. (res.) Raz Sagi, Chairman of the IDF resilience forum, has been contradicting the official narrative with facts and figures that tell a dramatically different story.

According to Sagi, speaking to the magazine Olam Katan, in their entrance exam at Training Base 1 officer school, “female candidates run a shorter track than do the men, are required to navigate only three objectives compared with five for the men, and are given a longer time to navigate than are the men.”

Also, according to Sagi, “women go on hike with one water canteen and one magazine, while men are saddled with two canteens and five magazines.” Also, according to the retired Colonel, following complaints from women that they’re always last at the finish line in Training Base 1 races, said races were switched to a stadium-style, elliptical tracks, “so they won’t be competitive.” When jumping a wall, women are given a bench to hop from, he says, noting that, “since they were ashamed of this, they started building shorter walls.”

In addition, women are exempt from some final tests before graduating from officers school, and in other tests they are given extra time.

Sagi was criticizing the inclusion of women in combat units strictly in terms of their ability to compete. He did not discuss the discomfort and tension that might develop with young men and women being cooped up in a tank for a long duration. On the other hand, the argument can be made that in many combat operations, physical prowess is not necessarily the only factor. As one talkback entry noted on Sunday, during one of the fires that have been plaguing Israel last week, a team of firemen reached a villa in Jerusalem that was ablaze, to check for people trapped inside. A burly fireman jumped over the fence and nearly killed himself landing heavily on the other side – wile a female firefighter pushed open the front gate and walked inside.

Peace, Equality, Plurality – Just Not in the Middle East 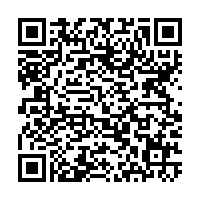