According to the Lebanese newspaper Al Diyar, which enjoys close ties to Hezbollah and the Syrian government, Israel has agreed to train soldiers affiliated with former Lebanese Prime Minister Saad Hariri, who is currently in exile, preparing them to fight against the Hezbollah  According to the report, during his visit to Qatar, Hariri met with Vice Foreign Minister Dani Ayalon and a representative of the Mossad with the backing of the Qatar government and Qatar’s Prime Minister Hamad bin Jassim bin Jaber Al Thani. They agreed on establishing a training camp in Jordan, with Arabic speaking Israeli officers.

The article stated that some 500 fighters will be trained each month, with the goal of reaching 20,000 soldiers after two years. A series of monthly coordination meetings was agreed on at that meeting as well.


Saad Hariri, a favorite of the Saudis and the West, was ousted from his office of Lebanon’s prime minister in January, 2011. This took place after Hezbollah and its partners in parliament broke away from the government and overthrew Hariri following an international court’s decision to indict Hezbollah for the murder of his father, former Lebanese Prime Minister Rafik el Hariri. Following the report’s publication and the arrest warrants issued against Hezbollah activists, Hariri escaped to Saudi Arabia, fearing an assassination attempt against him. 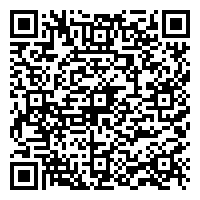