The IDF released a previously classified map on Tuesday showing where Hezbollah has embedded itself in civilian population locations throughout southern Lebanon.

The map shows the location of Iranian backed Hezbollah weapon warehouses, rocket launchers, infantry, underground tunnels and infrastructure, anti-tank positions and command posts, all of them embedded in or around civilian homes and population centers.


Hezbollah has turned the civilian population into human shields.

United Nations Security Council Resolution 1701, which then Foreign Minister Tzipi Livni negotiated at the end of the 2006 Lebanon War, was supposed to disarm and end all weapons shipments to Hezbollah, but as expected, it failed spectacularly, and now there are more missiles pointed as Israel than ever. 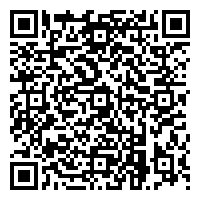