The IDF on Wednesday morning fired artillery shells at targets in Beit Hanoun, in the northern Gaza Strip, Just one hour following a rocket that had been fired from the Gaza Strip and landed on a residential street near a school inside the city of Sderot, Arab media reported.

According to local witnesses, at least one artillery shell landed in a terrorist training ground in Beit Hanoun. It is not yet clear which terror group operates the facility. Israeli media sources reported the site was run by Hamas.


No injuries have been reported on the Israeli or Arab side.

Around 10:30 AM Wednesday, rocket sirens were heard in Sderot and nearby communities alongside the Gaza Strip, following which an exploded rocket was discovered. The IDF spokesperson’s office reported road damage as a result of the rocket.

The swift retaliation represents a continued new policy instituted by incoming Defense Minister Avigdor Liberman (Yisrael Beiteinu), of hitting back inside Gaza as soon as someone on that side violates the 2014 ceasefire between Israel and Hamas. 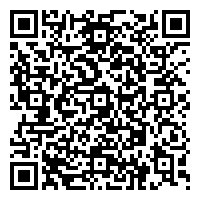