Following Russian President Vladimir Putin’s Monday’s suspension of nuclear disarmament talks with the US over the latter’s challenge of Russian involvement in Ukraine and Syria, the Russian Defense Ministry announced on Tuesday that it had delivered one battery of the air defense system S-300 to Syria.

“It is true that one battery of the S-300 air defense systems has been delivered to Syria. It is to provide protection for the naval logistics facility in Tartus and the Russian Navy’s task force,” Defense Ministry spokesman Igor Konashenkov told reporters in Moscow.

As the website Liberty Unyielding noted Wednesday, “nothing about the fight against the rebels in Syria requires an S-300V4-enabled, full-scale land war according to Russian doctrine. Nothing about it requires the level of air defense represented by the S-400, for that matter. The rebels don’t have anything at all that requires bringing either system to the fight.” Instead, the same website contends, “the system is being put there to mark and hold Russian territory against the US, our most advanced allies, and (potentially, someday) China.”

The White House has been watching helplessly as Putin suspended the treaty with Washington on cleaning up weapons-grade plutonium. Over the past three decades, Russia and the US have signed a series of accords to reduce the size of their nuclear arsenals. All that good work is being threatened now with Putin’s decree that suspended a 2000 agreement binding the two sides to dispose of surplus plutonium intended for use in nuclear weapons.

Asked by a reporter on Monday, White House Spokesman Josh Earnest admitted the Administration was “disappointed” by Putin’s move.

“The decision by the Russians to unilaterally withdraw from this commitment is disappointing, and the reason for that is that this agreement that went into force in 2011 pledged the disposal of thousands of nuclear weapons’ worth of plutonium,” Earnest stated, adding, “And this was an agreement that was reached by the United States and Russia because we’re the two countries that have the largest amount of this material and both leaders in Russia and the United States have made nonproliferation a priority. And certainly the United States is interested in limiting proliferation and trying to reduce the risk associated with potential nuclear terrorism. And again, we know that Russia’s leadership has recognized this risk. The United States has been steadfast since 2011 in implementing our side of the bargain, and we would like to see the Russians continue to do the same thing.”

Konashenkov responded to Earnest’s statement by saying the US “is to blame for the disruption of all September 9 ceasefire agreements on Syria and for letting the militants build up reserves again.” He continued: “It is the United States that has fallen through with a crash regarding the implementation of the September 9 ceasefire agreements. It failed to separate a single group of the so-called opposition from  [Al Qaeda offshoot] Jabhat al-Nusra, thus letting the terrorists regroup themselves and replenish reserves.”

“Isn’t it the right moment for our US counterparts to recognize in public that the whole opposition in Syria they have reared all along and still keep under control are part and parcel of the same ‘umbrella brands’ Al-Qaeda and Jabhat Al-Nusra?” Konashenkov asked, and invited Earnest “to come down to earth from the sky.”

The plutonium accord is not the cornerstone of post-Cold War US-Russia disarmament, according to Reuters, which suggests that the practical implications from the suspension of the deal will be limited. It comes down, instead, to “powerful symbolism.”

This also comes down to a growing realization in the West that President Obama, in his zeal to foment the “Arab Spring,” has enlarged the political vacuum created by President GW Bush in the Middle East, and with the current White House’s policy of avoiding at all cost a “boots on the ground” military intervention in Syria or Iraq, Putin’s Russia is never going to leave, regardless of who gets elected President come November. Putin is grabbing this opportunity offered by a reluctant Obama to flank the West and guarantee naval access in the Eastern Mediterranean.

So far, Putin has planted Russian troops in Syria, forged long term relations with Iran, flirted with Egypt and with Israel — which receive about $6 billion annually in US aid, and patched up his relations with Turkey, a NATO member.

And, as Sen. Pence mentioned in Tuesday night’s debate (although he was off by a couple trillions), Putin’s Russia managed these sound regional gains with a mere $1.3 trillion GDP, compared with the US’ $17.9 trillion GDP (which is 13.7 times stronger).

It could be time for extensive language courses for Washington officials, except this time it’s the optimists who will study Mandarin, while the pessimists will take up Russian. 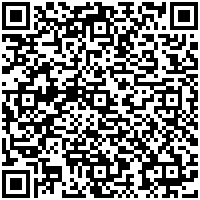