A rocket alert went off in a community near the Gaza border at 2:26 PM.

Local residents are reporting they heard a rocket hit in an open area, outside their community.

The Eshkol Regional Council reports that it appears that the rocket landed in an open area outside one of the communities. The IDF confirmed their report.

No one was injured in the strike.

Yesterday, a rocket hit inside the city of Sderot. It is believed to have been launched by one of the Salafi groups. 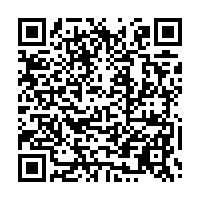