Early Thursday IDF engineers accompanied by an elite unit of soldiers demolished the Shechem (Nablus) apartment in Samaria of the Arab terrorist who murdered Rabbi Eitam and Na’ama Henkin before the eyes of their four young children.

Rajab Ahmed Mohammed Aliwa was the commander of the Hamas terrorist cell that opened fire on the vehicle in which the Henkin family was traveling to the town of Elon Moreh on October 1 of this year. Aliwa was a member of the Hamas military wing in Shechem (Nablus).

Five suspected terror cell members were arrested within 24 hours of the murders in a joint operation by the Israel Security Agency (Shin Bet), Israel Police and the IDF.

“After receiving confirmation that the road was ‘clean,’ the shooting cell set off in their car, identified a vehicle belonging to the Henkin family and opened fire. After the [victims’] car stopped, two members of the cell got out of their car, and fired again, from very short range, on those in the vehicle,” the Shin Bet said in its statement on the arrest of the cell of five operatives.

The homes of three other terrorists who participated in the attack have already been leveled.

On Wednesday, the home of another terrorist, Ibrahim Al-Akri, 47, was demolished in the northern Jerusalem neighborhood of Shuafat.

Al-Akri, a Hamas operative, carried out a ram-and-stab attack in his mini-van at the Shimon HaTzadik stop for the Jerusalem Light Rail, just outside the Shmuel HaNavi neighborhood.

Al-Akri drove his van directly into the crowd of people waiting at the stop and then left his vehicle and attacked bystanders with a crowbar. Border Guard Police Officer Jedan Assad, 38, a Druze officer, died in the attack, as did young yeshiva student Shalom Aharon Ba’adani, age 17.

Al-Akri was shot and killed by police at the scene. 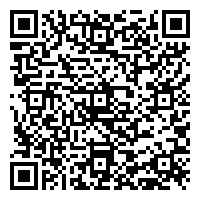