The checkpoint is located close to the Jewish community of Beit El, in the Binyamin Region.


“A Palestinian gunman arrived at an IDF crossing at the entrance to Ramallah and opened fire at forces at the scene, injuring three IDF soldiers,” the IDF said in a statement following the attack.

“In response to the immediate threat, forces shot the assailant. The soldiers have been evacuated for medical treatment.”

One soldier was listed in serious condition with a gunshot wound to the hip. Two other soldiers were listed in good condition, both having sustained shrapnel wounds. All of the wounded were evacuated to Hadassah Mount Scopus Medical Center in Jerusalem.

The terrorist was shot and killed by other forces at the scene.

Arab media has identified the terrorist as Mahmoud Turkeman, a member of a Special Forces Unit of the Palestinian Authority Police and a resident of Qabatiyeh, which is a village near Jenin.

This attack represents a serious escalation from previous attacks in recent months, and is an echo of a similar attack by another Palestinian Authority Security Force officer less than a year ago in the same place.

In that attack, three IDF soldiers were shot at the Focus checkpoint by a member of a high-ranking Palestinian Authority security detail in Ramallah. 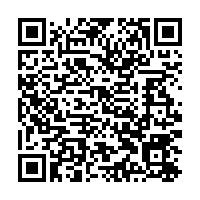