Three IDF soldiers were wounded in an Arab terror attack Sunday morning at the ‘Focus’ checkpoint near the Samaria Jewish community of Beit El, near Ramallah.

It now appears that the terrorist was a member of the Palestinian Authority police detail assigned to escort and provide security to PA leader Mahmoud Abbas in Ramallah.

“A gunman opened fire near Beit El, north of Jerusalem,” said an IDF spokesperson. “Forces at the scene responded to the attack and shot the assailant, resulting in his death.”

One of the injured soldiers, age 21, was taken to Hadassah Ein Kerem Medical Center in Jerusalem with a gunshot wound in the neck.
He is in serious condition.

A second soldier, age 21, was taken to Hadassah Mount Scopus Medical Center with gunshot wounds to the stomach and extremities. He is also in serious condition.

The third soldier, age 20, is also at the Hadassah Mount Scopus Medical Center after sustaining gunshot wounds to the extremities. He is in good condition.

The terrorist arrived by car at the checkpoint from the direction of Ramallah. He used a handgun to carry out the attack.

A Facebook post in Arabic uploaded just prior to the shooting was spotted by a source that has requested anonymity.

“Ahmad Abu Omer, 34, wrote in a post on his Facebook page prior to the attack at Beit El, “We deserve to live in this Land, but there is nothing that justifies living as long as there is the Occupation that kills our brothers and our sisters.” He added a photo of himself allegedly on the way to a terror attack with the caption, “We will overcome in the name of Allah.”

It is not clear what Abu Omer’s connection is to the shooter, or whether he was the shooter himself.

According to a local source, the terrorist who opened fire at the soldiers was Amjid Saher, a PA Police Officer who allegedly worked in the security unit that escorted and provided personal security to “Abu Mazen” — Mahmoud Abbas — when he is in Ramallah. 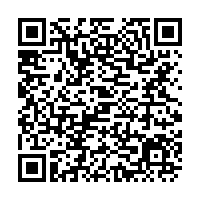