IDF soldier Daniel Malkha was on duty at the Shuafat checkpoint at 2:45 a.m. Monday when he asked the teenager to go through a routine check with a metal detector.


The device sounded a warning that the teenager was carrying a metallic object, and when a second check revealed the same result, Malkha asked the suspect to take off his sweat jacket.

The teenager was seen with a Carl Gustav automatic gun stuck in his pants, and Malkha and his commander disarmed the boy.

He now is being interrogated by security officials.

Officers noted that there are “repetitive attempts” to attack Israelis.

Below the picture of the gun is a video of a Carl Gustav assault rifle that was captured in the Six-Day War in 1967. 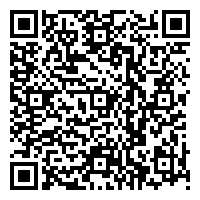