In a joint operation of the IDF and the ISA (Israel Security Agency, or Shin Bet security service), a Global Jihad-affiliated terrorist has been targeted by an IAF aircraft in the northern Gaza Strip, in retaliation for rocket fire aimed at Israel. A direct hit was confirmed.

The targeted terrorist was Hithem Ziad Ibrahim Masshal, a 24-year-old resident of the Shati Refugee Camp.


On April 17, 2013, Masshal was involved in the Shura Council organization’s firing of rockets at the southern Israeli city of Eilat.

Masshal manufactured, improved and traded different types of ammunition. He specialized in rockets and explosive devices, which he sold to terror organizations. He assisted the Shura Council of the Mujahaideen in Jerusalem, an organization consisting of Salafi operatives under the Global Jihad, and he was involved in extensive terror activity against Israeli civilians and IDF soldiers. 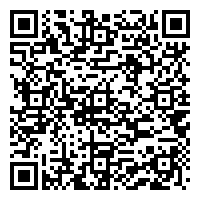