Following the wave of Arab terror attacks in Gush Etzion, the IDF announced a series of measures it will take in order to improve the security of the citizens.  ,

The Gush Etzion junction has become one of the most popular spots for Palestinian Authority terrorists to stab, shoot and run over Jewish motorists, hitchhikers and soldiers. This central junction, located just south of Efrat, interconnects Jerusalem to Hebron, Alon Shvut, Kfar Etzion, and the communities in Western Gush Etzion. It is located adjacent to the Rami Levy shopping center.


The Gush Etzion Regional Council spokesman told The JewishPress.com that the road between the Gush Etzion Junction and Alon Shvut/Kfar Etzion will be closed to Palestinian Authority Arabs, and on Highway 60, traffic will be divided to separate PA Arab and Jewish vehicles under new IDF directives to reduce potential terror attacks.

The latest wave of terror, which follows years of dozens of murders and attempted murders of Jews in Gush Etzion, prompted the military to launch security arrangements to reduce the danger.

Previous improvements to security have proven to be short-lived, and it is not known if these new measures will be permanent.

The new steps the IDF are announcing include:

The IDF also will deploy a special combat unit and will establish checkpoints at the exits from Hebron area villages.

The military also will take more action to arrest rock-throwers, will establish more lookout outposts on the roofs of strategically located Arab houses and will establish a second guard tower at the Gush Etzion Junction.

The plan to bar Palestinian Authority motorists from the road from the junction to Kibbutz Kfar Etzion, the same road where Hamas terrorists kidnapped and murdered three yeshiva youth two summers ago, could face a challenge in court.

Left-wing groups several years ago won their case in court against barring Arabs from Highway 443, the road that connect Jerusalem with Modi’in and which serves as an alternative to the Tel Aviv-Jerusalem Highway 1.

Palestinian Authority terrorists have since carried out several deadly attacks on Highway 443, including the stabbing death of an Israeli soldier at a gas station two days ago. 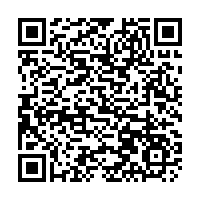