The quirky lunar calendar, which Jewish tradition mixes with solar calendar adjustments, but Islam just lets run wild, is a cause of special concern for Muslims this year, especially Muslims living in America. The most maligned religious group in recent US history, American Muslims are terrified that their heavily armed neighbors might take the wrong way the fact that celebrations of Eid al-Adha — Festival of the Sacrifice, could fall on September 11 this year, on the “date which will live in infamy,” replacing in most Americans’ consciousness December 7, 1941, the original date that will live in infamy, when the Japanese attacked Pearl Harbor. Alas, it is quite possible that the 15th anniversary of the al-Qaeda attacks on New York’s Trade Towers and on the Pentagon will feature festive Muslims, please keep your guns holstered.

As Jews we have our own issues with Eid al-Adha, which is a deceptive attempt to replace the story of Abraham’s binding of Isaac, which follows the story of the expulsion of the maidservant Hagar and her son Ishmael to the desert, with a revision which places Ishmael, father of the Arabs, on that altar on the Temple Mount. A culture with little regard for historic truth, or truth altogether, Islam simply fixed all those inconvenient stories in the Torah with its own “improved” version.

So that this year, Muslims will be celebrating on September 11 — and 12, depending on local lunar sightings, two lies: the first one ancient, about how Abraham actually designated his son Ishmael to be the chosen one; the other new, that the attacks on 9/11 were an aberration of Islamic tradition, and certainly had nothing to do with the xenophobic Saudi school of Wahhabism, even though most of those men on the four hijacked planes 15 years ago were Saudis.

According to the original version of the story (delivered circa 1248 BCE) God commands Abraham to offer his son Isaac as a sacrifice. Abraham binds Isaac on an altar, raises his machete, and the angel of God stops him at the last minute, saying “Now I know you fear God,” at which point Abraham sees a ram caught in some bushes and sacrifices it. The Torah relates that the binding took place at “The Place,” which Abraham then names “God will Watch,” which later books of the Jewish Bible identify as the hill upon which Solomon built the Temple in Jerusalem.

Islam, which, unlike Christianity, does not recognize the sanctity of the Jewish Bible and the five books of Moses, attempts to revise two historical problems, in a medieval world that was well versed in Jewish and Christian scripture: the story of Sara commanding Abraham to expel her maidservant Hagar and her boy Ishmael to the desert, and God compelling Abraham to obey her; and the story of Isaac’s binding, Abraham’s and Isaac’s ultimate sacrifice which seals the Jewish nations’ second covenant with God.

God instructed Abraham to bring Hagar, his Arab wife, and Ishmael to Arabia from the land of Canaan. As Abraham was preparing for his journey back to Canaan, Hagar asked him, “Did God order you to leave us here, or are you leaving us here to die?” Abraham nodded, afraid that he would be too sad and that he would disobey God. Hagar said, “Then God will not waste us; you can go.” Although Abraham had left a large quantity of food and water with Hagar and Ishmael (in the Torah version they only get one bottle of water), the supplies quickly ran out, and within a few days the two began to feel the pangs of hunger and dehydration.

Hagar ran up and down between two hills, al-Safa and Al-Marwah, seven times, in her desperate quest for water. Exhausted, she finally collapsed beside her baby Ishmael (the Torah says he was a grown man, and already plotting to murder—or sodomize—Isaac) and prayed to God for deliverance. Miraculously, a spring of water gushed forth from the earth at the feet of “baby Ishmael.” Other accounts have the angel Gabriel striking the earth and causing the spring to flow in abundance. With this water supply, known as the Zamzam Well (lifted directly from Biblical Miriam), they traded water with passing nomads for food and supplies.

That took care of the embarrassing story about Abraham’s Arab son being kicked out to the desert.

Next comes Abraham’s command from God to sacrifice his dearest possession, his son. The son is not named in the Quran, but most modern Muslims believe it to be “Ismail.” Upon hearing God’s command, Abraham prepared to submit to the will of God. During this preparation, Satan tempted Abraham and his family by trying to dissuade them from carrying out God’s commandment, and Abraham drove Satan away by throwing pebbles at him (a typical Quranic plagiarism of a Jewish medrash). In commemoration of their rejection of Satan, stones are thrown at symbolic pillars during the Stoning of the Devil at the Hajj rites.

When Abraham attempted to cut his son’s throat, he was astonished to see that his son was unharmed and instead he found a dead ram which was already slaughtered. The Torah story of the binding is retold almost intact by the Quran, except for the later name switch, from Isaac to Ishmael.

And so, while the Muslims celebrate this 9/11 (the prudent ones will probably push it off to the 12th, why look for trouble), and while most Americans recall with pain the first foreign attack on mainland USA since 1812, Jews will mourn both the losses of 9/11 and the bastardizing of our sacred tradition by semi-literate nomads with no respect for the truth. 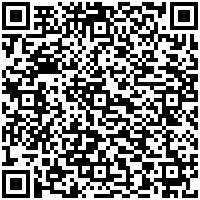