A 13.5 ft tall gold statue of Prime Minister Benjamin Netanyahu that was placed at Tel Aviv’s Rabin Square early Tuesday morning will be removed, according to News 0404. The anonymous Israeli artist who put it there told Channel 2 News that his purpose was “to test the limits of freedom of expression in Israel in 2016.”

“Is the time ripe yet for placing a gold statue of the leader in the city square?” asked the artist, who wishes to remain anonymous, just in case it isn’t, probably. “Some will be repulsed by it, but many will actually be filled with a sense of strength and great pride.”


The anonymous artist, for whom this is his first political work, said he worked on his statue for about three months. The work is made of wood and polymers and painted gold. “Time will tell whether this was a provocation or prophecy,” he added.

The artist was no doubt referencing the gold statue of the past dictator of Turkmenistan Saparmurat Niyazov. He may also be referencing US President-Elect Donald Trump’s fondness for the Au.

Update: The Israeli artist has been identified as Itay Zalait. 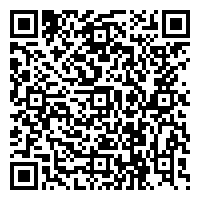