“Israel is enjoying solid economic growth and low unemployment, making this an especially favorable time to undertake reforms to help sustain strong and inclusive growth,” according to an International Monetary Fund (IMF) report that was submitted to Israel’s Finance Minister and the Governor of the Bank of Israel.

“Israel’s economy is growing solidly and unemployment has declined, yet inflation remains low,” says the IMF report, noting that Israel’s economic growth is expected to hit 3.8% for 2016. “Job creation is strong, at almost 3 percent in 2016 (the US economy expanded at around 1.4% in 2016), helping reduce the unemployment rate to only 4.4 percent by the fourth quarter, and supporting a rise in wage growth from low levels.”


The report cautions, however, that although Israel’s economic outlook is positive in the near term, challenges will increase over time.

“Domestic demand growth is projected to moderate but a firming in exports will help keep real GDP growth at around 3% in 2017,” according to the report. “Growth is expected to remain around 3% in the medium term, but there are significant risks from regional tensions and from uncertain trading partner growth.”

According to the report, “domestically, growth could be impeded if infrastructure or skill bottlenecks emerge, or if progress in closing the gaps in the labor participation and productivity of the Haredi or Israeli-Arab populations is insufficient.”

As to inflation, the report says the Bank of Israel (BOI) “maintained an appropriately accommodative monetary policy in 2015-16 given spillovers from low foreign inflation and easy monetary policies in major advanced economies.” And so, “this policy stance, together with the BOI’s guidance that monetary policy will remain accomodative for a considerable time, has helped keep long-term inflation expectations near the center of the 1-3 percent target band.”

One of the issues Israel is struggling with is housing, according to the IMF report. Housing prices have risen to high levels as demand growth meets inadequate supply, with the heaviest impacts on low-income households. Recent housing market reforms include useful measures, but some initiatives are costly and may not have lasting benefits. Reforms that enable a durable expansion of housing supply are needed to improve affordability over time and thereby also lower macro-financial risks.

Or, also a possibility, open up state-owned lands to private enterprise, including areas that should be annexed in Judea and Samaria, and build, build, build. But that last part did not come from the IMF. It is, however, what many Israelis would like to see happen. 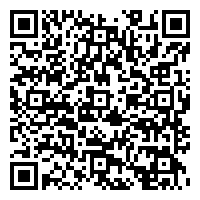