Blue and White faction leader Benny Gantz arrived in Washington DC on Sunday hours ahead of Prime Minister Benjamin Netanyahu and in advance of his meeting with President Donald Trump.

Gantz said he is looking forward to discussing the Trump Middle East Peace Plan – known as the “Deal of the Century” — with the president.


“I am looking forward to meeting the president, the friendliest president to Israel, and to discuss these crucial issues to the future of Israel with strategic consequences,” he told reporters at his hotel.

The two men are expected to meet at the White House on Monday ahead of Trump’s meeting with Netanyahu. 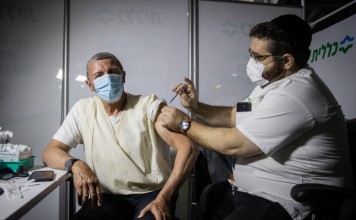