Residents of the Eshkol Regional Council district are made of stern stuff.

A calm statement issued by the Council first thing Wednesday morning shows why Israel’s southern border is perfectly safe and in good, solid hands despite the craziness perpetrated by Gaza’s ruling Hamas terror organization just a few miles away.


“During the night dozens of alarms were heard in the Eshkol Regional Council district. So far, 13 hits have been identified within the area of the Council district, and three hits within settlements,” the statement begins.

“There are no casualties. In one of the settlements there are damaged buildings and vehicles.

“Studies in all educational institutions are taking place as usual,” the statement continues.

“The security coordinators will accompany the students’ transportation to schools. The school day will be adjusted in accordance with the events of the night. The educational teams will talk with the children and try to determine [and deal with] any difficulties.”

There is no way any terror group will ever claim victory over such strength of purpose and calm determination.

Five of the rockets slammed into open areas. Four others were intercepted and neutralized by the Iron Dome anti-missile defense system. No physical injuries have been identified in any of the attacks thus far. 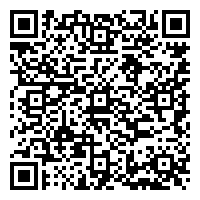