My favorite Congresswoman, Ileana Ros-Lehtinen (R-FL 27), along with Rep Ted Deutch (D-Fla. 21), who are the top two members on the House Foreign Affairs Committee’s Middle East subcommittee, have introduced a bill on Wednesday naming Israel a “major strategic partner” of the United States, a title enjoyed by no one else on the planet, and encouraging enhanced cooperation on water, energy, homeland security, and missile development.

The bill also waives visa requirements for Israelis who visit the U.S., adding Israel to the list of countries whose citizens can visit the United States for up to 90 days without a visa, provided they registered electronically before boarding a flight.

Some other provisions: the bill expands authority for forward-deployed U.S. weapons stockpiles in Israel, providing important military equipment for either to use in a crisis. It also encourages the president to transfer essential military equipment to Israel to meet current and projected strategic threats.

The committee approved it unanimously.

“I’m pleased that this bipartisan bill to strengthen the U.S. bond with Israel passed unanimously today out of the Foreign Affairs Committee,” Congressperson Ileana said in a statement. “During this volatile time across the Middle East, this bill signals that the U.S. Congress continues to support the people of Israel and reaffirms our commitment to seek new paths to improve our bilateral relationship.”

According to an AP story from last year, the administration and some lawmakers are concerned the legislation doesn’t do enough to eliminate Israeli discrimination against Palestinians and Arab-Americans seeking to enter its borders. They also say Israel still fails to meet other legal requirements for the program.

So this has to be an in-your-face to both the White House and the State Dept. In the middle of their arm-twisting campaign to degrade Israeli security, heaping on the threats should Israel decline the offer to capitulate, our sweetheart from the Florida 27th declares:

“This important legislation, with 351 current cosponsors, declares that Israel is a major strategic partner, ensures that Israel maintains its qualitative military edge, and reaffirms our support to enhance Israel’s military systems to that it can defend herself.”

Now it’s up to the leaders of the House to let the measure go for a vote, which should actually happen, what with the 351 sponsors. We’ll see what happens in the Senate afterwards, will Senate Majority Leader Harry Reid even let the measure that has been pushed by Senators Barbara Boxer (D-CA) and Roy Blunt (R-MO) last year—The United States-Israel Strategic Partnership Act of 2013 (S. 462)—come to a full Senate vote.

Currently, the Senate bill has 45 sponsors.

Last May, when Boxer and Blunt proposed the Senate version, the organization U.S. Campaign to End the Occupation and other anti-Israel groups were working overtime to block the bill. Their main argument was that Section nine of S.462 would include Israel in the Visa Waiver Program without requiring Israel to extend reciprocal privileges to U.S. citizens.

“Israel has a history of discriminating against Palestinian-, Arab-, and Muslim-Americans travelers and denying them entry,” the CEO complained. Naturally, they would like to see free access for American jihadists into Israel, but it might not happen.

Rep. Brad Sherman (D-Ca) rejected the anti-Israel allegations: “Israel does not discriminate against Arab-Americans. There has been this effort by anti-Israel extremists to accuse Israel of that. We have a no-fly list, they have a no-enter list, and those associated with Islamic extremism tend to find their name on both.”

Sherman added: “My hope is that in conference this bill will be amended to help Israel achieve full participation in the visa waiver program…When they want to see Mickey Mouse, they should see the real one.”

Yes, that’s what we need, more Israelis in Los Angeles… 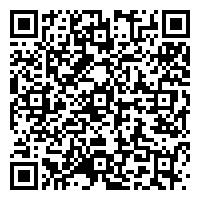