Chennai Petroleum of India says it will end its imports of Iranian crude oil beginning next month, according to sources quoted by Reuters.

The company is ending the relationship in order to keep its insurance coverage once new sanctions against Iran by the United States take effect.

According to the report, a division of the state-owned National Iranian Oil Company owns 15.4 percent of the stock in Chennai, seriously elevating the risk for the company vis a vis sanctions from the United States.

Israel Ordered to Pay $1.1 Billion to Iran Over Oil 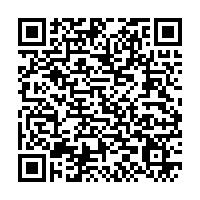