In a speech delivered via video hookup to followers in Beirut to mark the Islamic Ashura holiday, Nasrallah said, “I tell [Israel] no matter what it did to cut the route, it’s over. [Arms delivery] has already been achieved. [Hezbollah] now possesses precision missiles and non-precision weapons capabilities… If Israel imposes a war on Lebanon, Israel will face a destiny and reality it didn’t expect on any day,” Nasrallah added.


“I heard the boastful words that came from Hezbollah,” Netanyahu said during a weekly Bible study session at the official Prime Minister’s Residence in Jerusalem.

“This is coming from the same man who, after 2006, said that if he knew what the Israeli response would have been to the kidnapping of three of our soldiers, he would have thought twice whether to do it.

“So today, I recommend he think not twice, but 20 times,” Netanyahu said. “Because if he confronts us, he will receive a crushing blow he can’t even imagine.” 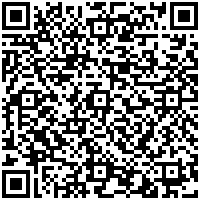