In a statement released online after the beginning of the Kurdish and Iraqi assault on Mosul in northern Iraq, ISIS has claimed that it is launching deadly suicide car bomb attacks against the invaders.

More than two years after ISIS forces had entered the city of Mosul, Iraqi Army and Kurdish Peshmerga forces have begun their attack to recapture the city. Fears of an impending humanitarian crisis have already created more refugees, with only about one million civilians estimated to remain in the city, out of a population of two and a half million.


Iraqi Prime Minister Haider al-Abadi announced the assault in a televised address on Monday, announcing, “Today I declare the start of these victorious operations to free you from the violence and terrorism of Daesh (ISIS).”

With US air power, Iraqi forces are still keeping their distance from Mosul itself and are expected to lay siege before directly engaging the jihadists. The terrorist forces are vastly outnumbered, with only an estimated 8,000 warriors in the city and surrounding area.

Sderot Mayor Says ‘Rule for a Bullet Same as Rule for a Rocket’ After Machine Gunfire Hits City, Again 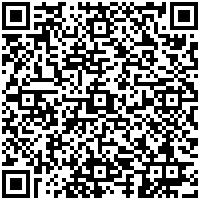