Hussein al-Sheikh, the Palestinian Authority’s minister for the coordination of civil affairs who represented the PA on the trilateral Gaza reconstruction committee alongside Israeli and Egyptian representatives, has recently sent a letter to Hady Amr, the State Dept. point man on Israel-Palestinian relations, saying Hamas is committed to a Jewish state within the 1967 borders, Israel Hayom reported Sunday.

In the letter to the Biden official, which deals with agreements between the various factions in their talks in Cairo ahead of the Palestinian Authority elections, al-Sheikh stated they reached a “commitment to a Palestinian state within the 1967 borders of which East Jerusalem is its capital.”


Beyond that, Hamas and the PA have agreed on a commitment to international law, according to al-Sheikh, recognition of the PLO as the international representative of the Palestinian people, and a commitment to recognizing this summer’s election results. The factions also committed to their national struggle – presumably in peaceful ways.

Hussein Al-Sheikh was detained eleven times by Israeli forces between 1977 and 1988. While in an Israeli prison, he learned Hebrew. He then became a member of the Unified National Leadership of the Uprising (UNLU) during the First Intifada. Following the Oslo Accords and the establishment of the PA, he served briefly in the Preventive Security Force (PSF), before becoming secretary-general of Fatah in the West Bank in 1999.

Hady Amr, a Lebanese American who holds the Israel-Palestine file at Antony Blinken’s State Department, told Axios last week neither he nor his boss is interested in a Nobel peace prize. According to Axios, “with Israel-Palestine far down the priority list at the White House, the issue will be handled mainly by the State Department.” Unlike Barack Obama, Joe Biden did not appoint a special envoy for Middle East peace.

In the Obama administration, Amr was brought in by then-Middle East peace envoy Martin Indyk to work on economic issues relating to the PA. Amr stayed on through the end of Obama’s second term and worked closely with Israel to advance projects like 3G networks for Gaza, and sewage systems in the PA. According to Axios, During the 2014 Gaza War, Amr focused on diverting the entire US assistance to the PA to humanitarian aid for Gaza. It was also up to him to maneuver between Prime Minister Benjamin Netanyahu and then-Secretary of State John Kerry in a peace process that wasn’t going anywhere.

Amr is also the de facto US ambassador to the Palestinian Authority since the US Consulate in Jerusalem—which served as an embassy for the PA—was merged in 2019 by the Trump administration into the US embassy to Israel. Also, since President Biden does not want a special envoy for the Israeli-Palestinian peace process, Amr will represent the US in the Quartet, which includes Russia, the UN, and the EU. Their next meeting (on Zoom) is scheduled for Monday.

Is the PA’s claim about Hamas’ willingness live in peace alongside Israel real? The Hamas 1988 charter, a.k.a. the Covenant of the Islamic Resistance Movement, states that “our struggle against the Jews is very great and very serious,” calls for the creation of an Islamic state in Palestine to replace Israel, and for the obliteration or dissolution of Israel. The charter emphasizes: “There is no solution for the Palestinian question except through Jihad. Initiatives, proposals, and international conferences are all a waste of time and vain endeavors.”

The charter also states that “renouncing any part of Palestine means renouncing part of Islam.” But in 2008, the Hamas leader in Gaza, Ismail Haniyeh, stated that Hamas would agree to accept a Palestinian state along the 1967 borders and to offer a long-term truce with Israel. In 2010, Hamas leader Khaled Meshaal stated that the charter is “a piece of history and no longer relevant, but cannot be changed for internal reasons.”

In 2017, Netanyahu’s office issued a statement accusing Hamas of trying to fool the world. The 2017 charter accepted for the first time the idea of a Palestinian state within the 1967 borders, but rejected the recognition of Israel which it called the “Zionist enemy.” The charter accepts the 1967 borders as a transitional phase, to be followed by the “liberation of all of Palestine.”

So that, at best, Hamas is prepared for a long-term truce with the Zionist enemy, which is much less than what Hussein al-Sheikh described – recognition of a Jewish state within the 67 borders. How long a truce? As long as it serves the narrow interests of Hamas in Gaza, and after it wins the coming presidential elections—which it can reasonably expect to do—the interests of Hamas in Ramallah as well. 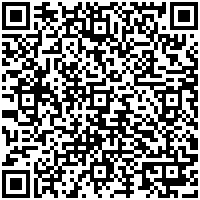