On Monday night, Secretary of State Mike Pompeo made history in a manner unmatched even by President Trump’s moving the US embassy to Jerusalem: he reversed decades of injustice by declaring: “After carefully studying all sides of the legal debate… the establishment of Israeli civilian settlements in the West Bank is not, per se, inconsistent with international law.”

If one is in the habit of looking gift horses in the mouth, Secretary Pompeo did stop short of actually sanctioning the entire settlement enterprise, which would have made millions of Israelis, as well as many more millions of American evangelical Christians ecstatic: he stressed that the US government is “expressing no view on the legal status of any individual settlement” nor “addressing or prejudging the ultimate status of the West Bank.”


But even that was enough to enrage the Stalinist faction of the Democratic party, who immediately took to Twitter to set things right.

Senator Bernie Sanders tweeted: “Israeli settlements in occupied territory are illegal. This is clear from international law and multiple United Nations resolutions. Once again, Mr. Trump is isolating the United States and undermining diplomacy by pandering to his extremist base.”

I’m not sure most of Trump’s “extremist base” is even aware of Pompeo’s declaration at this point. Someone still has to digest this news for them and explain that the secretary of state has interjected judicial acumen coupled with just plain common sense into a debate that does not bother much with the facts, or, as Sanders put it – the settlements are illegal because international law says so. It doesn’t, by the way. International law, namely the 1949 Fourth Geneva Convention, Article 49, which prohibits an occupying power from forcibly transferring its population into an occupied area.

The intent of the article was to prevent a repeat of what Nazi Germany had done in central and eastern Europe, moving its citizens there to erase the national identity of states like Czechoslovakia. In contrast, the “west bank” never belonged to Jordan, which took it by force after the termination of the British mandate on the area. Also, quite obviously, Israel does not “transfer” its people there, it has actually been doing all it could to stop them from moving in.

Incidentally, on Monday, Pompeo cited President Ronald Reagan, who in 1981 stated that the settlements were not “inherently illegal” – and it should be noted that James Baker, Reagan’s Treasury Secretary, who went on to serve as George H. W. Bush’s Secretary of State and White House Chief of Staff, insisted on using the term “disputed territories” when speaking about Gaza, Judea and Samaria, so as to avoid creating an inherent bias that did not represent his view on the conflict.

Back to the angry bird tweets? Senator Elizabeth Warren fired one off, too: “Another blatantly ideological attempt by the Trump administration to distract from its failures in the region. Not only do these settlements violate international law—they make peace harder to achieve. As president, I will reverse this policy and pursue a two state solution.”

Well, then, let’s hope she doesn’t. Also: the Middle East is one of the spots where the Trump administration has been reading the map and playing its cards quite well, resulting, for instance, in a brewing popular uprising in Iran, and a realignment of US forces in Syria. Its unabashed support is so fresh and unfamiliar, many rightwng Israelis feel like newcomers to a battered wives’ shelter.

Martin Indyk, architect of so many peace negotiation failures, was decidedly unhappy at the Pompeo move, and tweeted: A totally gratuitous move by a discredited Sec. Pompeo. Why slap the Palestinians in the face again? Why boost the settlement/annexation movement at the very moment that Gantz is trying to form a government? This has Friedman’s fingerprints on it.”

We’d like to shake those Friedman fingerprints vigorously. Last night (AP: US to Declare Jewish Settlements Legal) I cited a press release by rightwing leader Bezalel Smotrich who claimed he had initiated the move when he asked US embassy staff to get the ambassador to get Pompeo to do something in order to undercut the European Union’s decree to label Jewish goods coming from Judea and Samaria (while Arab goods from the same area need not worry).

J Street’s President Jeremy Ben-Ami, whose entire political life depends on the Jewish settlements remaining illegal (he really has no other agenda), stated Monday: “This announcement is just the latest in a long series of actions by the Trump administration designed to aid the Israeli settlement movement, prevent a two-state solution and provide political gifts to Prime Minister Netanyahu.”

Ben-Ami wrote much more in his statement, and we’d have quoted it if it mattered. He concluded, though, by saying: “In light of this announcement, it’s more important than ever that Congress move quickly to pass House Resolution 326, which reaffirms support for the two-state solution, notes longstanding US opposition to settlement expansion and clearly opposes any steps toward the formal annexation of the West Bank. While this administration is shredding fundamental norms of US foreign policy, responsible lawmakers must push back — there is no time to waste.”

I’m not sure even the House would be eager to pass such a resolution, never mind the Senate, which is home to some of the great pro-Israel Democratic lawmakers.

Reform Rabbi Rick Jacobs didn’t disappoint, claiming the decision was “damaging the prospect of renewing the negotiations between Israel and the Palestinian Authority”, as if that prospect was even a remote possibility, and “causing a long-term threat to Israel’s status as a Jewish and democratic state,” because obviously recognizing that Jews have a legal, international, historical and human right to live and own property in Judea (Jews, Judea) is an existential threat.

The biggest disappointment Monday night came from the American Israel Public Affairs Committee (AIPAC), although it’s kind of understandable, since they need to deal with all manner of politicians. They tweeted: “AIPAC does not take a position on settlements. We believe settlements should be an issue for direct negotiations between the parties, not something determined by international bodies. The Palestinians must stop their boycott of US & Israeli officials and return to direct talks.”

Incidentally, Pompey the Great was part of the first Triumvirate, and ruled Rome together with Crassus and Julius Caesar. As General he stormed the Temple in Jerusalem on Shabbat, when its defenders were forbidden to fight (our rabbis changed this halacha later) in 69 BCE. According to Josephus, 12,000 Jews were killed.

Josephus wrote: “No small enormities were committed about the temple itself, which, in former ages, had been inaccessible, and seen by none; for Pompey went into it, and not a few of those that were with him also, and saw all that which it was unlawful for any other men to see but only for the high priests. There were in that temple the golden table, the holy candlestick, and the pouring vessels, and a great quantity of spices; and besides these there were among the treasures two thousand talents of sacred money: yet did Pompey touch nothing of all this, on account of his regard to religion; and in this point also he acted in a manner that was worthy of his virtue.”

The next day, Pompey ordered the men in charge of the Temple to purify it and to bring offerings to God as Jewish law required. Pompey restored Hyrcanus to the high priesthood.

Shortly thereafter, on his 52nd birthday, in Egypt, Pompey’s head was severed by assassins who handed it to Julius Caesar. Apparently, Caesar was not amused. 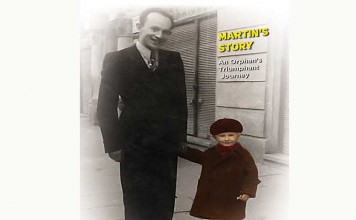