Prime Minister Binyamin Netanyahu is a brilliant speaker but not perfect. He goofed in his interview with BBC’s Persian service last when he stated, “I think if the Iranian people had freedom, they would wear jeans, listen to Western music, and have free elections.”

Pictures and Tweets from Iran flooded the Internet, with pictures and statements from young Iranians that they indeed wear jeans.


“2day I’m wearing jeans, I can send my photo 4 Netanyahu if his spies in Iran didn’t see people who wear jeans and listen to Western songs by their iPhone!” Tehran journalist Sadegh Ghorbani wrote on Twitter.

Tehran University student Mohamed Nezamabadi tweeted, “Not only we wear jeans, but also listen to the foreign language musics [sic]! I bet he thinks that we ride horses instead of cars!”

If Netanyahu had said, “If Iranian women were free, they would not have to cover their hair and walk in public in loose clothing,” he would have been on safer ground. 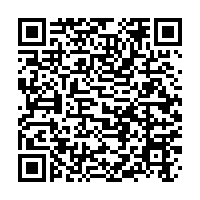