An Iranian foreign ministry spokesman, Marzieh Afkham, said the offer amounted to a desperate attempt on the part of Israel to alleviate its global isolation, after the nuclear deal that was reached in Geneva last month.


President Shimon Peres on Sunday told CNN’s Richard Quest he would have no problem meeting with Rouhani. “Why not?” he asked, adding that Israel and Iran are not enemies.

Well, now we know they are. 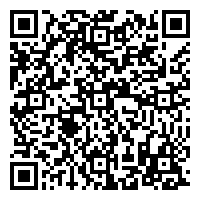