With just two days to go before a “framework” agreement must be reached between the P5+1 countries and Iran regarding the Islamic Republic’s nuclear program, the Iranians suddenly issued a surprise punch to the solar plexus of the other parties.

Despite an already agreed upon commitment, Iran will not send out of the country the enriched uranium it has spent years and billions of dollars to create.

Iran had previously agreed to send its stockpile elsewhere – Russia was the agreed-upon destination – thereby preventing Iran from using the material it had already produced to create nuclear weapons.

This latest revelation came during the current round of talks between Iran and six major world powers – Britain, France, China, Russia, the United States and Germany – taking place at the Beau Rivage Palace Hotel in Lausanne, Switzerland.

The negotiators are working to hammer out a provisional framework deal by Tuesday night, which will be followed by a final agreement this summer.

Given Iran’s mercurial posturing throughout the negotiations and its latest brazen reneging on a critical aspect of the deal, critics of the U.S. administration’s diplomatic efforts, including Republicans in Congress as well as several sunni Arab nations in the Middle East and also Israel, are sure to become even more vociferously opposed to the signing of any deal.

If Iran is permitted to retain its already enriched uranium, it becomes much harder to state with confidence that it is not intending to continue its march towards nuclear weaponization.

Over the weekend, U.S. Speaker of the House John Boehner told CNN that he is even less confident about Iran’s willingness to abide by any deal it reaches pertaining to its nuclear program.

“We have got a regime that’s never quite kept their word about anything,” he said. “I just don’t understand why we would sign an agreement with a group of people who, in my opinion, have no intention of keeping their word.”

For its part, Iran is upping its own demands from the rest of the world.

“It is time for P5+1 to make tough decisions and to lift all sanctions,” Araqchi told journalists at the Lausanne talks.

“All six UN resolutions should be lifted,” he added. 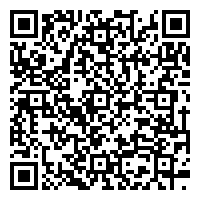