Iranian warships neared the southern Yemen port of Aden Thursday despite the presence of several U.S. warships in the area as well. It is believed the Iranian vessels are carrying weapons to re-arm the Shiite Houthi rebels who have seized control over the port city and the nation’s capital, Sa’ana.

The Iranian vessels since have stopped approaching Aden, but reports that they have turned back have not been confirmed,.


Saudi Arabian Ambassador to the United States, Adel al-Jubeir, said Wednesday that his nation’s air force had achieved its objectives and has concluded its bombing campaign.

“We destroyed the air force, we destroyed their ballistic missiles as far as we know; we destroyed their command and control; we destroyed much, if not most of their heavy equipment and we made it very difficult for them to move from a strategic perspective,” al-Jubeir said. He added that Saudi forces had “eliminated the threat they posed to the Kingdom of Saudi Arabia” but . said that in the long run, there is “no military solution” to the conflict.

According to the World Health Organization, 1,080 people have been killed in the past month in Yemen, and 4,352 others have been wounded.

Coalition warplanes picked up where Saudi Arabian air force pilots left off and continued on Thursday to pound Houthi rebels in southern Yemen. The international forces targeted rebel positions in Aden and the central city of Taiz, according to Voice of America.

A severe humanitarian crisis has been created in the war-torn region, according to VOA, but the Shi’ite rebels still remain. Yemen President Abd Rabbu Mansour Hadi has fled for his life to Saudi Arabia.

Although Iran claimed that it welcomes an end to “killing innocent and defenseless civilians” and seeks a political resolution to the conflict, its warships laden with arms for the rebels– as usual – tell a different story. 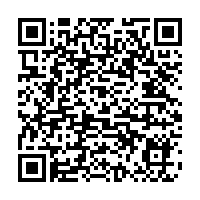