Islamic State in Iraq and Syria (ISIS) has released a video purporting to show the beheading of Japanese freelance journalist Kenji Goto on Saturday.

Goto, 47, was a freelance TV journalist. He went to Syria to try and free his friend Haruna Yukawa, who was beheaded by ISIS last week when Japan did not pay the terrorists $200 million in ransom.

Speaking to the camera, the British-accented terrorist informally dubbed by the media as Jihadi John, says in the video:

“To the Japanese government: You like your foolish allies in the Satanic coalition have yet to understand that we by Allah’s grace are an Islamic Caliphate with authority and power, an entire army thirsty for your blood. [Prime Minister of Japan Shinzo] Abe, because of your reckless decision to take part in an unwinnable war, this knife will not only slaughter Kenji but will also carry on and cause carnage wherever your people are found. So let the nightmare for Japan begin.”

Goto is seen kneeling in an orange prisoners’ jumpsuit in front of the black-clad executioner, before footage of his decapitated body is shown.

Goto, captured on October 25, 2014, is survived by his wife Rinko Goto and his two baby daughters, ages 2 and five months old.

The video hasn’t been officially authenticated by Japan yet, but it resembles previous beheading videos and members of the intelligence community say there is no reason to doubt it.

Japanese Prime Minister Shinzo Abe condemned the murder, vowing to work with other nations to bring those responsible to justice. “I feel strong indignation at this inhumane and contemptible act of terrorism,” Abe said in brief remarks to journalists. “I will never forgive these terrorists. Japan will work with the international community to bring those responsible for this crime to justice,” he said, repeating his prior statement that Japan would not give in to terrorism.

The cabinet was to convene in Japan in an emergency meeting following the publication of the video Saturday night on the internet. Chief Cabinet Secretary Yoshihide Suga told reporters, “I cannot help feeling strong indignation that an inhuman and despicable act of terrorism like this has been committed again. We resolutely condemn this.”

U.S. officials were also trying to confirm the authenticity of the video along with officials in Japan.

Bernadette Meehan, a spokesperson for the U.S. National Security Council, told reporters, “We have seen the video purporting to show that Japanese citizen Kenji Goto has been murdered by the terrorist group ISIL. The United States strongly condemns ISIL’s actions and we call for the immediate release of all the remaining hostages. We stand in solidarity with our ally Japan.”

There was no mention in the 60-second video about the fate of Jordanian pilot Muath al-Kasasbeh, who was being held with Goto. Jordan has said it cannot release a female Al Qaeda terrorist suicide bomber in a prisoner swap as ISIS has demanded, without proof that Kasasbeh is still alive.

HMO Head: 35% of Bnei Brak’s 200,000 Residents Have Contracted the Coronavirus 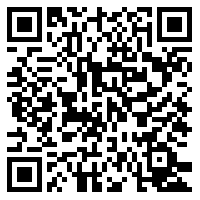