Daesh (ISIS) terrorists from the Islamic State in Iraq and Syria have carried out another horrific mass execution, this time in Iraq — a follow-up to beheading 21 Egyptian Coptic Christians in Libya — and vowed to conquer Rome as well.

The video evidence was reportedly uploaded Tuesday, showing Daesh terrorists burning alive 45 people in the western Iraqi town of al-Baghdadi. The identity of the victims was not known, although it is believed that some were security officers.


On Friday, a media group linked to Daesh released a four-minute video titled “Peshmerga Captives in Kirkuk Province,” purportedly showing Kurdish captives in iron cages being driven around on trucks in Iraq, according to the Middle East Media Research Institute (MEMRI).

Last week Daesh captured the town, located in Anbar province, about five miles away from a U.S. air force base. There are 320 U.S. Marines stationed at the nearby Ain al-Asad air base, training members of the Iraqi Army’s 7th Division.

The base also was attacked this past Friday by Daesh fighters, but the terror group failed in their attempt to capture the site.

Meanwhile, Italy – specifically, Rome – has raised its alert and its security following the slaughter of 21 Egyptian Coptic Christians by Daesh last weekend on a Mediterranean seaside in Libya. The Libyan government followed up the massacre with a 24-hour deadline for all Egyptian Christians to leave the country.

A specific threat against the ancient city was also made by the terrorist organization, which vowed to conquer Rome in a video released on Sunday showing the mass execution of the Christian victims in Libya.

“And we will conquer Rome, by Allah’s permission, the promise of our prophet, peace be upon him,” the terror leader said in the Libyan execution video on Sunday.

According to the Breitbart news website, Gaza’s ruling Hamas terror organization has warned Italy not to get involved in Libya under “the pretext of fighting terrorism.” Hamas spokesperson Salah al-Bardawil said such a move would be taken as “a new Crusade against Arab and Muslim countries.”

Is this a sign the Muslim Brotherhood-spawned Hamas group has begun to align with Daesh? 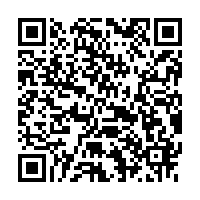