The Islamic State (ISIS) has claimed responsibility for the terrorist attack Sunday night in Garland Texas, where a contest was being held for drawing cartoons of the Prophet Mohammed.

The radio channel run by ISIS announced the claim Tuesday, and tweets by the two terrorists killed in the attack have been linked with ISIS.

We tell America that what is coming is more bitter and harder and you will see from the soldiers of the Caliphate what harms you.

One of the gunmen, Elton Simpson, posted a tweet shortly before the attack that wounded a security guard, “#texasattack:May Allah accept us as mujahideen.” He also encouraged his followers to read tweets by an ISIS propagandist, who tweeted after the attack, “Allah Akbar!!!! 2 of our brothers just opened fire.”

The same tweet stated that he and the second terrorist, Nadir Sofa, pledged allegiance to “Amoral Mu’mineen,” which means “the leader of the faithful,” a likely reference to the recently wounded ISIS leader Abu Bakr al Baghdadi.

The apparent success of the ISIS to infiltrate into the United States coincides with polls showing that terror, especially the Islamic State, is the biggest worry of Americans.

As the campaigns rev up for the Republic and Democratic presidential nominations, the Democrats will be on the defensive to show their party is best equipped to win the war against terror. 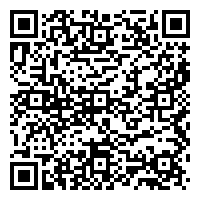