The Islamic State (ISIS) is harvesting organs of its victims to finance its terrorist army, the Iraqi ambassador to the United Nations said Tuesday.

“We have bodies. Come and examine them,” said Ambassador Mohamed Alhakim, referring to the U.N. Security Council. “It is clear they are missing certain parts.” Here is how he described bodies as missing kidneys and showing marks of surgical incisions:

When we discover mass graves, we look at the bodies. Some of those bodies are killed by bullets, some of them by knives. But when you find pieces of the back is [sic] missing and the kidneys is [sic] missing, you will wonder what it is.

His report reveals that the ISIS never fails to shock the world. He declared that the ISIS executed a dozen doctors in Mosul because they refused to cooperate to remove organs.

Alhakim is replacing outgoing ambassador Nikolay Mladenov, who told the Security Council, “It’s very clear that the tactics ISIS is using expand by the day.”

The ISIS controls territory that includes the airports in Mosul in Iraq and Aleppo in Syria, giving it the ability to ship human organs to traffickers.

He said IS has access to airports in Mosul and in the Syrian city of Aleppo, from which it could transport the illicit organs to international middlemen and buyers.

No less shocking is that the Western world is treating the report as if it did not know months ago that the Islamic State has resorted to harvesting human organs.

The third funding source [besides oil sales and taxes on residents] was exposed by otolaryngologist Siruwan al-Mosuli. He said that lately he noticed unusual movement within medical facilities in Mosul. Arab and foreign surgeons were hired, but prohibited from mixing with local doctors. Information then leaked about organ selling.

The Western world, not least of all the Obama administration, chose not to disseminate the information in hopes of postponing the inevitable – a declaration of war on the ISIS.

Valuable time has been lost by imagining that the Islamic State is the problem of Iraq and Syria and not of the entire world. 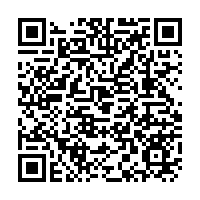