Islamic State (ISIS) terrorists might be considering infecting a “martyr” with Ebola to create a catastrophe by spreading the disease in urban areas in Western countries, experts warn.

Ebola is a cheap weapon and far harder to identify than explosives. Raw material is easily available in West Africa, where all an ISIS terrorist has to do is infect himself and then travel around the world to spread the fatal disease, U.S. War College Prof. Al Shimkus told Forbes.

“The individual exposed to the Ebola Virus would be the carrier,” said Shimkus, a retired captain who is a professor of National Security Affairs and teaches a course in biological and chemical warfare. “In the context of terrorist activity, it doesn’t take much sophistication to go to that next step to use a human being as a carrier.”

Ebola’s fatality rate is 50 to 90 percent, depending on whether the patient receives immediate medical treatment. The United States is in a panic after the death of its first Ebola victim in Texas, although the disease is only contagious through contact with body fluids.

Shimkus pointed out that biological warfare is not a modern weapon and was used in the Middle Ages, when enemies threw diseases corpses into cities to spread the Bubonic Plague. Although Ebola would be a cheap weapon for ISIS, it would not be as dramatic as beheading, which has struck fear into the hearts of the West.

Amanda Teckman, a Seton Hall University expert in international relations, told Forbes that ISIS is not likely to use Ebola but cautioned, “I do believe others will at least contemplate using such suicide infectors.”

The good side of the Ebola-ISIS scare is that it might be self-destructive.

“it’s very hard to control. The militants could just end up wiping themselves out before they’ve had the chance to pass it on. For a suicide attack, strapping sticks of dynamite to your chest is far more effective, Jennifer Cole, Senior Research Fellow, Resilience & Emergency Management at the Royal United Services Institute, told the London Daily Mail.

“Everyone’s looking out for signs of Ebola at the moment so they’d be very unlikely to get away with it,” she added.

The death in Texas of Ebola victim Thomas Duncan has prompted tighter inspections at five major American airports to screen possible carriers of the disease.

Screenings will begin on Saturday at JFK Airport in New York and later will include Dulles Airport near Washington and terminals in Atlantic, Chicago and Newark, as describe in the video below. 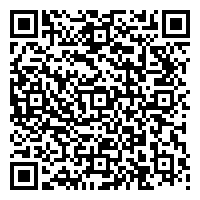