The Druze community warned that once the Rebels control the Syrian side of the Golan, Kuntar is planning to infiltrate his Hezbollah terrorists into Israel.


The Druze community told this to HaBayit HaYehudi representatives, including Ayelet Shaked, who met with them at the beginning of the week, according to a BaSheva report.

They said the source of the information is from their Druze relatives living on the Syrian side of the Golan.

In 1979, Kuntar, at age 16 participated in a brutal PLF terror attack murdering a family in Nahariya, leaving 4 dead, including a 4 year old girl whose head he crushed with his rifle after killing her father in front of her.

In 2008, Kuntar was released into Lebanon in exchange for the bodies of IDF soldiers, Ehud Goldwasser and Eldad Regev, who were kidnapped by Hezbollah. 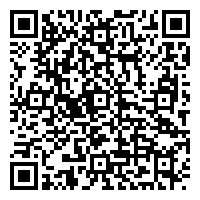