Archaeologists and history buffs have been holding their breath for weeks, wondering what Da’esh (ISIS) terrorists in Syria were going to do following their capture of the ancient Roman-era ruins of the city of Palmyra.

The picture is getting clearer.


According to a report Sunday from the UK-based Syrian Observatory for Human Rights, ISIS terrorists have planted land mines and bombs in and around ancient Palmyra, a UNESCO World Heritage Site.

Palmyra has been an important caravan center since ancient times, dating back to the Roman Empire, due to its central location in Syria.

It is not yet clear whether the terror organization is preparing the destroy the ancient ruins, or has planted the explosives in order to deter government forces from advancing towards the city.

Located in an oasis in the middle of the Syrian Desert, 215 kilometers (150 miles) northeast of Damascus, the ancient ruins are actually situated about 500 meters (half a mile) southwest of Tadmor.

The city of Tadmor, located in the center of the subdistrict and district of the same name, had a population of more than 51,000 Sunni Muslims in the 2004 census. The city has grown by at least five times that many, however, due to the savage civil war being waged since March 2011.

Dandaci has long predicted “the ancient city [will] succumb to the ravages of the conflict tearing Syria apart… The prospects for both the town’s inhabitants and its famous ruins could not be any bleaker, judging by ISIS’ past behavior in Iraq and the east of Syria.”

ISIS seeks to present itself as an entity that destroys idols in its zeal to create a world caliphate. It recently released a video showing its fighters bashing apart one of Iraq’s priceless cultural treasures – the ancient site of Nimrud.

The terror group also seized two gas fields north of Palmyra that were previously used to provide electricity to the areas around Tadmur now under ISIS control. This means it is increasing its wealth while securing its grip on those under its regime. Both are ever more ominous signs. 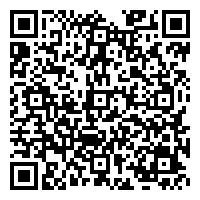