Mustard gas, or sulfur mustard, is a type of chemical warfare agent that is not found naturally in the environment and which today has no medical use. It blisters the skin and may lead to blindness, adverse effects to the respiratory and digestive tracts and bone marrow abnormalities, according to the Centers for Disease Control and Prevention. No antidotes currently exist for mustard gas exposure.


And where did ISIS get that mustard gas? They probably obtained it from Syria, Wall Street Journal reporter Adam Entous said he was told by U.S. officials.

CBS is reporting that a senior Department of Defense official said the mustard gas was either “leftover from Saddam Hussein stockpiles” or “were brought over from Syria.” Of course, it could be the same chemicals from both sources, as Hussein was believed to have whisked stockpiles of chemical weapons from Iraq and hid them in Syria.

In 2013, Syria’s Bashar Assad’s government admitted having caches of mustard gas as well as other chemical warfare agents.

Saddam Hussein also used mustard gas against the Kurds in 1988.

The Kurds claim that ISIS used chlorine gas, another chemical weapon, against them in a Jan. 23 suicide truck bomb attack in northern Iraq. 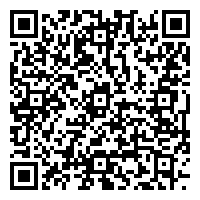