(JNi.media) It is said that history happens in cycles. To help ensure that one of the darkest period in history, the Nazi Holocaust, never happens again, hundreds of cyclists are expected to participate in the tenth annual Tour de Tolerance, to raise money for the El Paso Holocaust Museum in Texas.

Walter Chayes, 66, founded the Tour de Tolerance to generate funds for the museum and also “to bring the message of the museum to those who might not know there is such a museum in El Paso,” he told the El Paso Times.


Chayes, whose four grandparents perished in the Holocaust, said, “The one thing I’m almost as passionate about as Holocaust studies is cycling.”

Devoted to his sport for fifty years, Chayes started the event “not as a competition, but as a ride.”

The Tour de Tolerance features rides of 100 kilometers, 50 kilometers and a 5 kilometer walk. The event will be held at the Sunland Park Racetrack and Casino. The event has grown in its ten years from around 200 riders the first year to more than double that number expected to participate in late August.

Chayes, who rides 80 miles a week, said that professionals and those riding their first 50K participate. 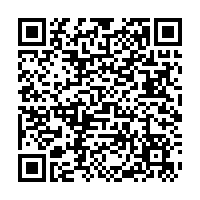