Cohen arrived on an official visit to Canada as head of a government delegation including Chief Scientist and Chairman of the Innovation Authority, Dr. Ami Apelbaum, Head of the Foreign Trade Administration, Ohad Cohen, and Chairman of the Export Institute Adiv Baruch.
The prior Free Trade Area Agreement between Israel and Canada (1997) included tariff reductions on all industrial products, but left in place tariffs on many food and agricultural products.

“The warm relations between Canada and Israel have historical roots,” said Cohen. “In 1997, Israel was the third country with which Canada signed a free trade agreement, and since then Israel has doubled its trade with Canada, which continues to this day. It reflects the ministry’s policy to help diversify exports and open new markets for Israeli industry, which will strengthen Israel’s exports to Canada and trade between the countries in general, and will help expand the activity of Israeli industry and contribute to lowering the cost of living.”

Cohen added that 65 percent of Israel’s international trade is carried out under free trade agreements. Canada is one of Israel’s “best friends,” he said, adding that strengthening economic relations with it is a necessary step.

The two ministers set a goal to double the volume of trade between their respective countries within the next five years, thanks to the upgraded agreement.

Another main goal is to receive additional benefits in agriculture and food products. In addition to customs exemptions under the old agreement, Israel is to receive free access to the Canadian market in items such as cereal products (cookies, wafers, various pastries), fresh and processed vegetables and fruits (carrots, cherry tomatoes, broccoli, corn, fresh spices, citrus) as well as wines and more.

Another important issue in the negotiations was the simplification of the regulations. As a result, Israeli exporters who in the past did not meet criteria and were unable to export to Canada and take advantage of the customs benefit, will now be able to do so.

The agreement will come into force after its ratification by the Knesset and the Canadian Parliament. 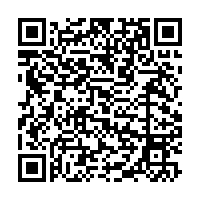