(JNi.media) An American source revealed on Thursday that Israel had transferred to Jordan 16 Cobra attack helicopters the IDF had retired from service, to help the Hashamite Kingdom, which is considered ISIS’ next target, repel the extremists’ attacks, Reuters reported.

The transfer was made last year and was approved by Washington, which paid for the repair and upgrading of the Vietnam era helicopters. They were integrated into the existing fleet of Cobras of the Royal Jordanian Air Force.


Israel retired its fleet of about 33 AH-1 Cobras in late 2013 due to budget cuts, and their role was taken up by two squadrons of Israeli AH-64 Apache helicopters. The Cobra fleet was older than the Apaches and was involved in a few fatal crashes. They were also more vulnerable to shoulder-launched surface-to-air missiles.

“These choppers are for border security,” the American official indicated.

The Middle East map continues to evolve, as yesterday’s enemies are becoming natural allies in the face of an acute challenge to regional stability. Make that two acute challenges: The Islamic Caliphate—ISIS, and the Islamic Republic—Iran.

US Defense Secretary Ash Carter this week visited Israel, Jordan, Saudi Arabia and Iraq, offering reassurances about the fight against ISIS and the Iran nuclear deal, both issues about which the four host countries are extremely concerned.

Together with Egypt, this coalition of the forced-to-work-together may represent the West’s only hope against the violent spread of Islamic extremism. It could mean that, for now, the heated debate on Palestinian statehood would take a back burner, while the world’s attention is focusing on two groups of madmen fighting to capture the world’s largest deposits of oil. 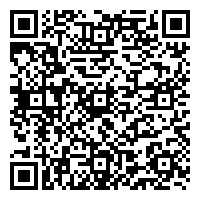