The phenomenon of Western Muslim citizens traveling from their home countries in the West to fight for ISIS in Syria and Iraq has been widely reported on. Israel is now seeing this phenomenon with its citizens, as there are over 30 Israeli Arab citizens having joined ISIS according to Israeli intelligence estimates.

Some of these jihadists have begun to make the local Israeli news. Recently a doctor who was interning in Barzilai Medical Center in Ashkelon, named as Alkia’an Othman, was reported to have died while fighting for ISIS in August. Othman was from the small Negev town of Hura, located ten kilometers north of Be’er Sheva.


Earlier this month, Ahmed Habashi, a 24 year old from Iksal, was killed in Iraq fighting for ISIS. Reports say he went to Syria with Rabiya Shahade, from Nazareth; Shahade is now known in jihadi circles as “the Butcher from Palestine”. Both traveled with two other friends intending to join ISIS; they had told their families and friends they were going to Turkey for vacation over Eid-al-Adha, but were smuggled into Syria to join the fighting by jihadists upon their arrival in Antalya, a Turkish resort town.

In addition, Ahmad Shurbaji, 23 years old and from Umm-al-Fahm, was arrested in late September upon returning to Israel from Syria, where he had been trained by ISIS and fought against the Syrian Army. Another Israeli Arab was arrested by Syrian government intelligence services trying to join ISIS there.

ISIS materials, including flags and other paraphernalia, have been found in Nazareth and Umm-al-Fahm as well.

The General Security Services (Shabak) of the State of Israel believes that more Israeli Muslims are preparing to join ISIS.

Minister of Tourism Uzi Landau wrote a letter to Prime Minister Benjamin Netanyahu last week calling for Israelis who join ISIS to have their citizenship revoked. “These are people who live in Israel as citizens of the state, and as such they enjoy a long list of privileges and may have access to a lot of sensitive information. It is only a matter of time before these people become a lethal threat to us.”

The traffic between Israel and ISIS has not been one way. One of the terrorists killed by the IDF during Operation Protective Edge was Saudi-born Sultan Farhan Rajah Harbi. Harbi had fought in Yemen, Somalia, Libya, and Syria previously. There were also two ISIS-affiliated terrorists, Osama Hasoumi and Mohammed Fatsih, killed in June by an IDF airstrike in Gaza.

While 30 Israeli Arabs leaving to fight ISIS may seem like a high number, other Western nations have much higher numbers of citizens who have traveled to Syria and Iraq to fight on ISIS’ behalf. According to EU Counterterrorism Coordinator Gilles de Kerchove, there were over 3,000 Europeans fighting in ISIS as of a month ago – and they come from France, Britain, Germany, Belgium, The Netherlands, Sweden, Denmark, Spain, Italy, Ireland and Austria. Fundamentalist Muslims from all over the world are flocking to join the nascent Islamic State, and Israel continues its efforts to combat the terror and aims of those who wish to create a global caliphate. 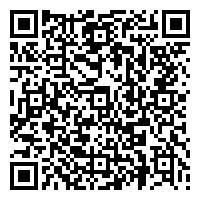