The Israeli government is expected to approve soon a plan to bring tens of thousands of French Jews to Israel within the next three years, according to a report in Makor Rishon on Friday.

An Aliyah plan of this scale hasn’t been attempted since Operation Moses and Operation Solomon rescued Ethiopian Jewry and and brought them to Israel.


Currently, tens of thousands of French Jews are essentially fleeing France, in great part due to the serious rise in antisemitism in that country. The problem is that they are leaving France to go to London, Canada, and the US. A mere 3,000 of the the Jews who left France in 2013 made it to Israel.

The Israeli government has determined that in order to entice French Jewry to come to Israel, three primary areas must be addressed: employment, housing and quality education.

In order to address the employment issue, the government is set to recognize existing French professional licenses in the fields of medicine and tax advise; it will consider placement in the army in jobs that actually fit the Oleh’s professional skill set, and will assist existing business owners wishing to bring their companies over to Israel.

The programs Taglit (birthright) and Masa, intended to strengthen Jewish identity and solidarity with Israel through a 10-day trip to Israel for young Jews will be expanded to French Jewish youth.

And French Jews will be practically guaranteed slots in the top schools.

The cost of the program is still unknown. The effort will be coordinated by the Prime Minister’s office.

The strategy is to create a 3 year window of opportunity for French Jewry, telling them: Come to Israel now while the going is good, because we can’t guarantee these conditions in the future.”

We at The Jewish Press are calling it “Operation Moïse.” 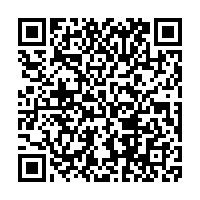